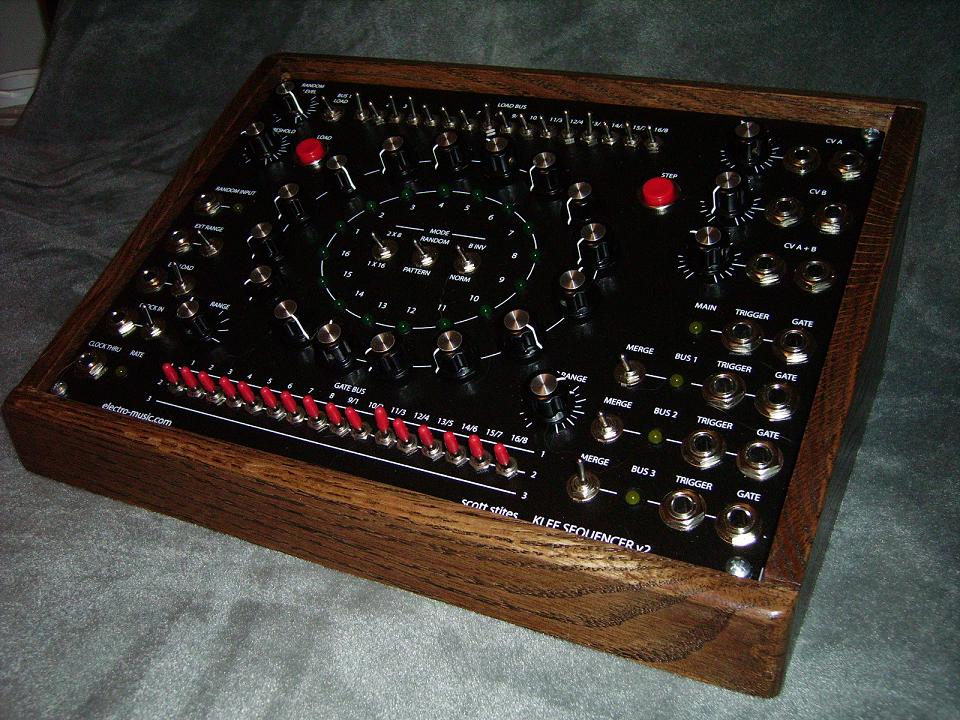 "A Klee Sequencer is a compositional tool that perhaps could be thought of as an almagm of the concept behind (but not the implementation of) the Triadex Muse coupled to a step sequencer. Klee Sequencing relies upon the composer's innate ability to discern patterns of musical worth from a variety of rhythms and pitches produced through a method that is often impossible to predict through interaction with the controls. Often, through manipulation of a single control or switch, the Klee Sequencer can reveal a new direction or approach to an already established Klee Sequence."
- Scott Stites, Designer of the Klee Here's the Klee thread on Electro-Music.com and a link to Scott's pages. 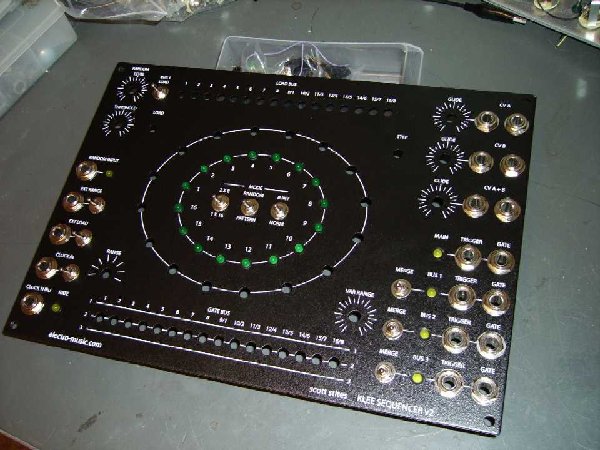 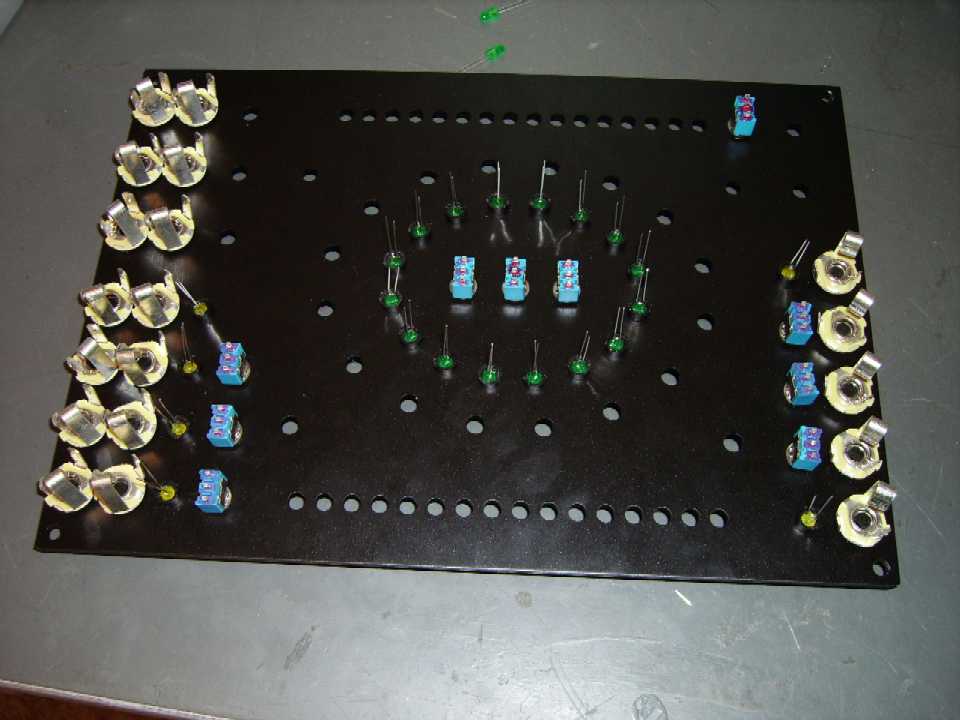 In November 2007 I ordered a set of Klee PC Boards from the Electro-Music.com website. I finally started on the project in mid September 2009 (!) after a front panel design was made available through "The Bridechamber". I had put off starting this project until I had decided on a panel design, but none of the ideas I had seemed quite right. When The Bridechamber produced a Thomas White design panel, I put my designs away, bit the bullet and purchased the pre-made panel.

I also purchased a 'parts kit for the Klee, making this one of the least DIY projects I've ever done :) The panel arrived and it was very nicely made - although the pre-drilled holes didn't match some of my pot diameters so I had to do some adjusting. Also - I discovered that I used a bunch of switches I had set aside for the Klee on other projects over the past several years. 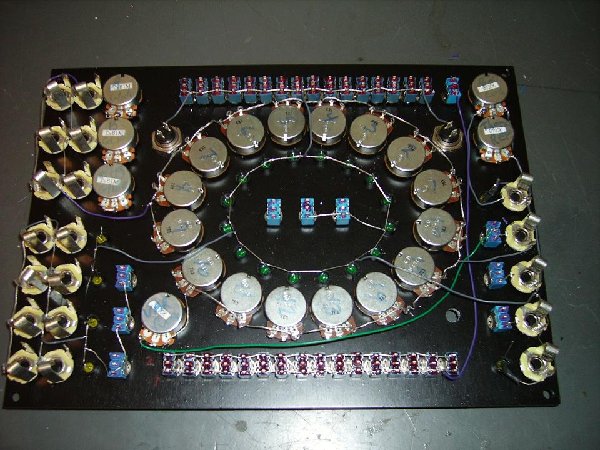 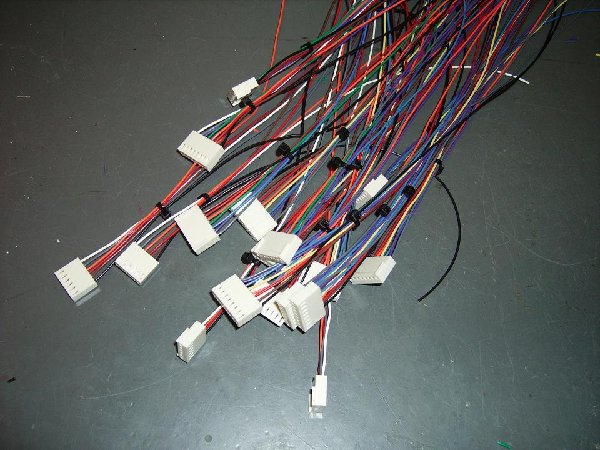 The biggest job in the project was creating the interconnects for the flying wires to the panel. This took several hours and some aspirin.
The stuffing of the boards was very easy - there really are not that many parts for the project. 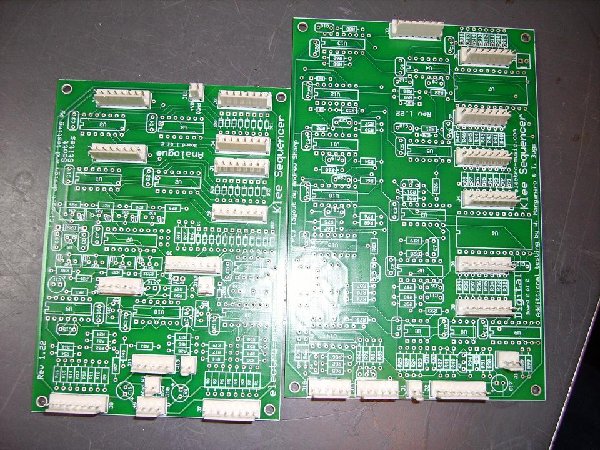 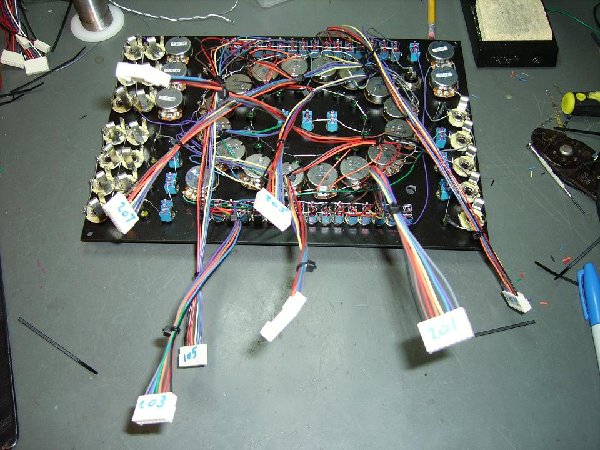 Plugging it all together went well - I found a couple minor wiring errors (a couple switches wired upside down) but otherwise no real problems. 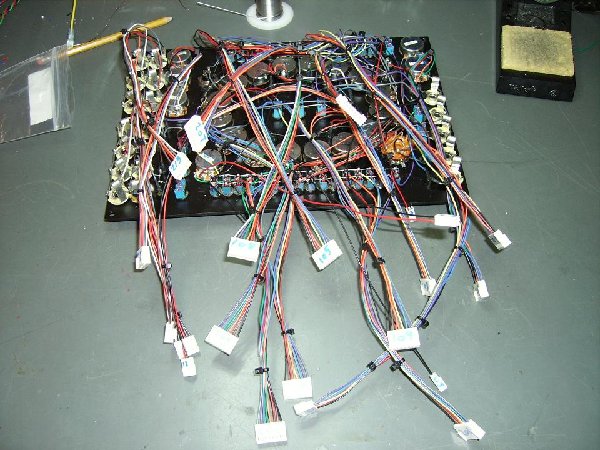 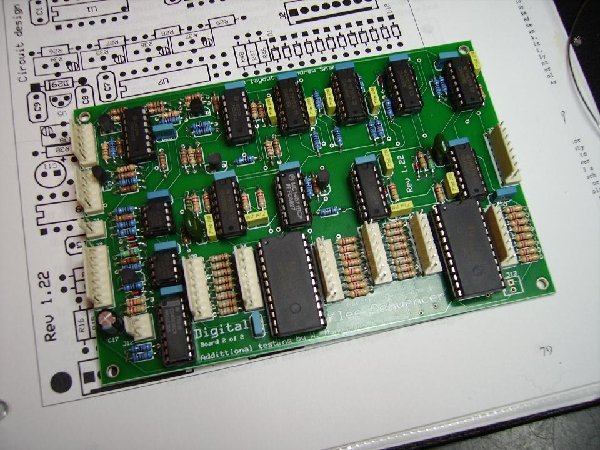 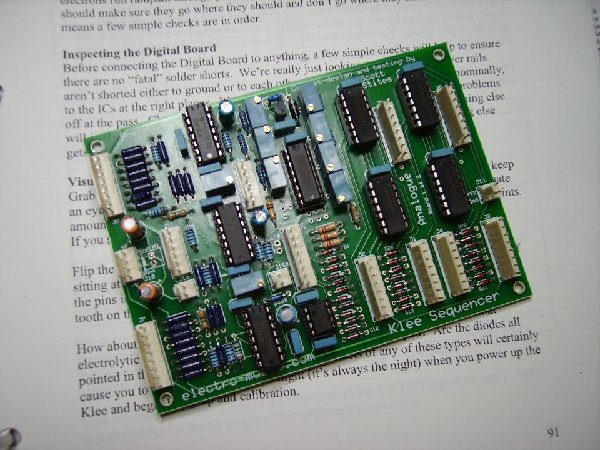 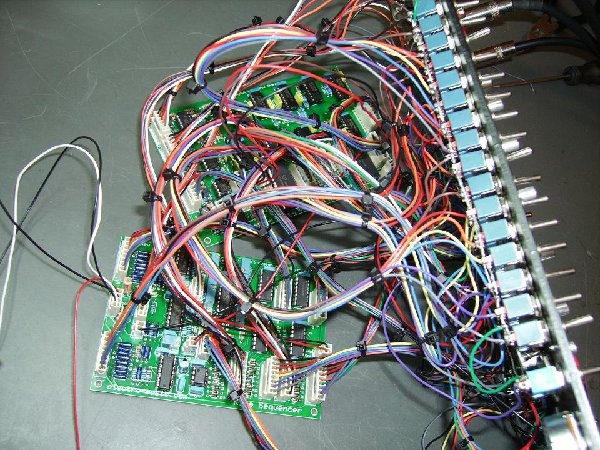 Here's a very basic use of it sequencing my modular.